“ Interorient Maritime Enterprises, Inc. is committed to continuously meet and exceed our interested parties’ needs and expectations to ensure that recruitment of Seafarers shall be in accordance with all the applicable National and International Statutory and Regulatory requirements for the continual improvement of our Quality Management System.

Interorient’s 24x7 platform provides business continuity and processing support and ensures that all our interested parties are provided with the necessary assistance.

To be of better service, it is our policy to provide healthy and safe working conditions and promote safety as a work culture and to avoid adverse impact on the environment. “

The Company was founded in 1985. Since then it has chartered a steady and reliable course within the international Shipping and Manning
Industry by setting Quality Standards in its operations related to the Filipino crew Manning service. Over the years, the spectrum of provided services
has steadily expanded and broadened. In addition to the crew selection and preparations of deployment, we have established in our premises a
professional In-house Training System in which all the Seafarers recruited through us undergo prior employment a series of tests, which are
conducted by certified Trainers. That system warrants effective maintenance of our CAP( Continuous Assessment Program )

The Company has been fully organized in meeting the 21st century challenges in Shipping and is among the few Manning Agencies which have been
consistently and continuously selected and awarded by POEA the Award of Excellence. INTERORIENT has been recognized and honored for its
high standards of service since 1989, a recipient of the "Philippine Presidential Award" for the first time in 2005 and same was again received in 2010.

The highest award is granted every five (5) years to the Top Performers of the industry and it is awarded by the President of the Philippines.

Based on the Company's performance and clean track record we have been entrusted by POEA to run an In-House Contract Processing System, wherein all crew employment contracts are issued, signed and stamped with the Government's stamp by INTERORIENT and it is not required that this procedure be carried out at the POEA Processing Center. In simple words it means that INTERORIENT can arrange an immediate crew dispatch in case of emergency at any time avoiding or eliminating any delay in ship's operations.

The entire Shipping community has witnessed the tremendous changes which have taken place over the past 20 years. INTERORIENT was always among the first to adopt and implement all the changes, the new regulations imposed by the IMO, the various Flag State Administrations requirements regarding Seafarer's Qualifications, Trainings, Licenses and Certifications 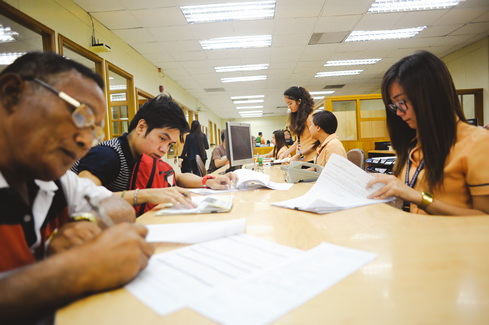 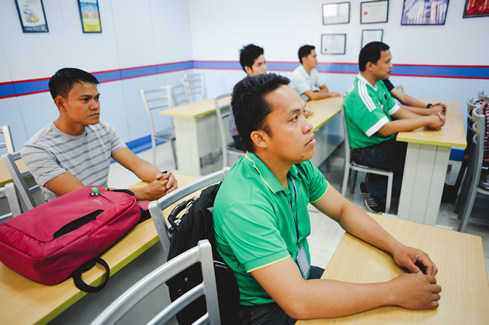 We have always assisted and guided our Principals on all issues related to crew matters step-by-step. We are proud to say that we never had a single incident wherein a seafarer had joined without being properly and sufficiently documented in accordance with National and Ship's Flag requirement.

The Company is currently managing in terms of Crewing and Crew Management services more than 200 ships of all types and sizes (Bulkers, Tankers, Containers, Oil/Chemical and Product Tankers), while approximately 120 ships are under full Filipino crew including Masters & Chief Engineers. We have approximately 4,500 Seafarers serving onboard these ships and a pool of more than 4000 qualified, trained and fully certified Seafarers are on vacation ready for employment.

What Makes Us Different

It is worthy to be noted that our Seafarers, currently serving on board are of more than 85% ex-Interorient crew, one of the highest percentage in the Manning market. Such a high percentage of Seafarers rejoining Interorient Ships (our pool) can only be taken as a warranty for: Crew Loyalty, Quality, Efficiency and Dedication. The remaining 15 % are either qualified Officers from other sources who have been employed for the first time by us or new graduates who fill the positions of Apprentices and Trainees, so they can be trained and serve later to INTERORIENT pool with higher ranks. We have a team of more than 70 qualified staff, occupying the Managerial, Executive, and Support level positions. The most of them count more than 20 years of continuous service with the Company, steady serving the needs of our Principals. 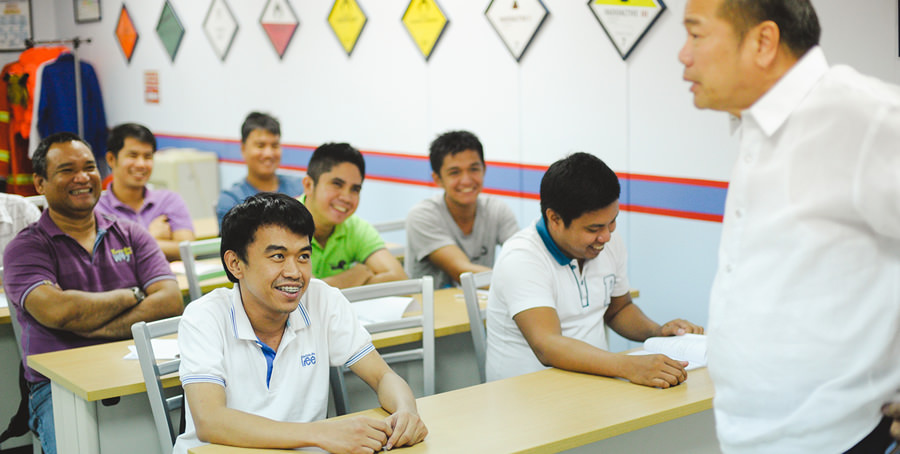 We have a team of more than 70 qualified staff, occupying the Managerial, Executive, and Support level positions. The most of them count more than 20 years of continuous service with the Company, steady serving the needs of our Principals.

This gives to our Principal the unique advantage of calling on experienced personnel and receiving prompt and efficient responses on all
their queries. Our Principals are kept regularly informed on their ex-crew availability and status of employment and they are constantly informed
on all developments related to Manning issues. Our concern is to ensure that all ships are operated in an efficient and reliable manner.

Interorient was awarded by the Department of Labor and Employment (DOLE) with a "Certificate of Compliance on General Labor Standards and Occupational Safety & Health Standards". The Awarding Ceremony was held last October 1, 2014 at the Ichikawa Hall ...

The company contemplates it was a good timing to unwind and get off the pressures of everyday work. Thus, under the theme "Summer Outing 2014", we make it happen the "two days and one night" team building...

Interorient Maritime Enterprises, Inc. received with honor the Presidential Award of Excellence from her Excellency, President Gloria Macapagal-Arroyo during the ceromony that transpired last April 21, 2010 at the Malacañang Palace, Rizal Hall.

While enroute to Australia from China at 0945hrs, Philippine Standard Time, 23/06/2008, the Master and crewmembers of M/V Agility under the crew management of Interorient-Liberia, managed to rescue (6) fishermen afloat with their capsized fishing vessel ...